When I was a kid, my Christmas list was a list of all the friends and family members I was shopping for, and what I thought I could afford to get them on my excruciatingly limited pre-teen budget.

I then learned just how many other kids’ lists were the reverse: a collection of everything they were hoping to receive. And it wasn’t just kids. I remember a friend of mine showing me his Christmas list when we were in our 20s that itemized, quite specifically, what he hoped his parents would buy for him. This was the 80s, so one of the items on it remains etched into my memories: Maxell XL-IIs tapes… to make mixtapes, of course!

Anyway, I’m now back in step with the Christmas universe and have two kids who always wrote lists specifically at the request of their present-buying grandparents, who were eager to get them just what they wanted to see on Christmas morning. My son’s too old for that now (and feels terrible admitting that what he really wants is cash), but my daughter is not—and there are some items on her latest list that cracked us up:

The poor kid. I get it. She sees the three of us (parents and big brother) drinking coffee to get our mornings going and wants to do the same with energy drinks. The problem is, they’ve got both coffee and tea beat on the sugar and caffeine front, by a lot. Each 16-oz can has almost twice the caffeine of a cup of coffee and over 50 grams of sugar. They can call it two servings all they want, but that doesn’t make it so.

We found out she was drinking them before bed, which helped explain why she wasn’t sleeping. Between our own concerns and her doctor’s emphatic insistence, we scaled back to one a week. If she ate healthy food the rest of the time we’d worry less, but the kid survives mostly on ramen and chicken nuggets already. It just didn’t seem like good parenting to let her run wild with the Monster drinks, especially after her doctor made her case.

For the record, we’ve only had the rule in place for about three weeks, and she’s already looking for a change… even though we know she’s already been sneaking them in when she thinks we’re not looking.

Mini Fridge for My Room

I presume this is to hold all the Monster drinks she hopes to receive. You’d think they’d give her enough energy to come down the stairs to get a fresh one, but nope!

This is only funny because we already bought her AirPods, against our better judgment, for her birthday last year. She begged and begged, and even though budgets were tight, we decided that it mattered enough to her that she’d take good care of them.

We were wrong, which is why she’s asking for them again. Fool us twice? Nope.

This was my favorite item on the list, since I had no idea what they were. I know everything is Google-able, but it’s more fun to speculate, isn’t it? Until I found out what they really were, I wanted some big squishmallows too, but that’s when I still thought it was a type of candy.

Um… we already have a cat. His name is Gilbert. Gilbert’s likes include scratching posts, fresh food in his bowl, and running up and down the stairs. Dislikes: being in the car, getting manhandled by a 13-year-old who tries to hold him in place for TikTok videos, and other cats. Sorry, kid. 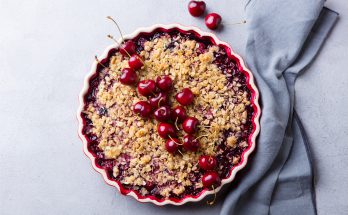 The Perfect Pie for Your Memorial Day Dessert (and it’s vegan!)