Fall has started, and you can consider me Officially Excited. Yes, I know, loving Fall is “basic,” as the kids say, but hear me out: Halloween, pumpkin patches, and not having to shower multiple times a day from sweat? Count me in.

While one of the best parts of Fall is the outdoors — the pretty leaves, the cool weather — this season simply wouldn’t be the same without certain movie classics. The next five are must-watches, either by yourself, with a friend, or with family!

While the scary music throughout is stereotypical and even a little laughable, you’ll still enjoy all the horror that comes with the Halloween holiday. (And guess what? Yet another movie in the series, “Halloween Kills,” is coming out on Oct. 15, 2021!)

In the mood for a biographical drama? Check out “October Sky.” This movie is about the story of Homer Hickam, a son who’s inspired by the first Sputnik launch and who goes against his father’s wishes and career dreams.

The cast of this warm movie includes a ton of big-name favorites, such as Jake Gyllenhaal, Laura Dern, and Chris Cooper.

“When Harry Met Sally” is the perfect choice for romantics. Starring Meg Ryan and Billy Crystal, it’s about Harry and Sally re-meeting and trying to remain friends — without the sex. Can they do it? You can probably guess the answer, but it’s still definitely worth a watch or re-watch.

“Coraline” is a teen-friendly option — but that doesn’t mean it isn’t still scary! In this animated movie, a tween girl finds a whole other world that seems like a perfect version of her own… but it holds terrifying secrets and isn’t what she thinks.

Fun fact: “Coraline” is based on a book by Neil Gaiman. You can encourage your teen to read by having them read the book before watching the movie!

If you’re looking for another iconic Fall movie to watch during family night, look no further: “It’s The Great Pumpkin, Charlie Brown” is a fantastic pick. You’ll get to see all of your favorite Peanuts characters (I’m looking at you, Lucy and Snoopy!).

This short movie is full of adorable and funny scenes, from Charlie’s head becoming a “pumpkin” to draw on, to several characters dressing up as ghosts (yep, sheets). All the while, Linus waits for “The Great Pumpkin” to arrive. Aw!

“Nine Perfect Strangers” is the show to binge this weekend 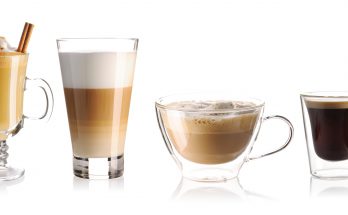