CBD: The Natural Pain Reliever Everyone Is Talking About

My fist is clenched, thumb wrapped around the outside of my pointer and middle finger. I pull my shoulder back, hand at my cheek for one split second, then explode a straight jab, twisting my forearm forward, and pulling it back in a quick, powerful motion. Music blares in the background, but I hear it only for cues for which hit comes next: a hook, an uppercut, maybe a roundhouse kick. My opponent is me—my image in the mirror. I am surrounded by other women, all doing the same thing. We are warriors; we are winning battles, in the gym, in our minds, alone and together.

Fitness can fix more than your body. It can fix your life.

Ten years ago, everything I ever knew was ripped apart when my husband found work in central Florida. He had been laid off during the 2008 crash, and even though I had a job in television in Connecticut where I’d lived my whole life, we couldn’t turn down the opportunity. So I said goodbye to my friends, my family, and my career.

We couldn’t afford childcare for our baby twins, so I stayed home. I went from a successful working mother with a full social life to a stay at home mom who never saw anyone but my toddlers. This lasted for nearly two years, until I’d completely lost myself.

I’ve always hated the gym. Weights are not for me, and I don’t like working out or running indoors. But an acquaintance saw me struggling and insisted I try this class called Body Combat. It sounded fierce. It sounded angry, like I was, so I gave it a try.

And that started the journey that completely changed my life. The first week, I looked like a geriatric penguin wearing a full diaper, but I didn’t care. And as time went on, my movements became more fluid, more intense, more focused.

Punching and kicking the air allowed me to vent my frustration and sadness in a healthy way, in the name of physical fitness. My body slimmed down and muscles started showing. Soon, that frustration that drove me to start the class ebbed away. Soon I began going out of joy, not sadness. I slowly and awkwardly started making friends there. I wasn’t in my early 20s, but neither were most of the participants. We all had families and jobs and hardships, and we now had common ground.

The Importance of Me Dates

The mixed martial arts class moved with me. Not only did it get me out of the original rut, but it helped me conquer new adventures. It got me through grad school. Hard paper, tough professor? Level out the feelings in Body Combat. Now, it gets me through working 60 hours a week and dealing with tweens day in and out. Tired, overwhelmed? Go to Body Combat.

I’m a 37-year-old woman. I’m not your typical candidate to become a fitness instructor. But this year, after 10 years of going as a participant, I went through the rigorous, strenuous certification, so I could teach the sport to others. 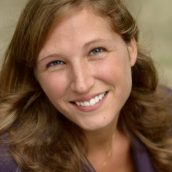 How Running Can Be the First Step to Lasting Change

Is it Still Okay to Want to Lose Weight?

Stretches You Need to Do When Working from Home