Britney Spears was a big part of my adolescent years. Her Dream Within a Dream Tour was my first concert, and I frequently called into my local radio station to request my favorite hits. But before hearing any of her songs, I was drawn to the picture of her on the cover of my sister’s “…Baby One More Time” CD. As a tiny tween who desperately wanted to be older, freer, and more womanly, Spears’s youthful sex appeal felt aspirational.

The “I’m Not a Girl, Not Yet a Woman” singer’s public image was presented as hypersexualized yet innocent and virginal throughout her early years of stardom. As such, she was simultaneously celebrated and shamed for her teenage sensuality.

It was the late 90s. Monica Lewinsky was being slut-shamed and dehumanized for her involvement with President Clinton and became the first prominent victims of cyberbullying. Mind you, this was well before “slut-shaming,” “cyberbullying,” and “victim-blaming” were a part of anyone’s vocabulary.

Villainizing women for being too sexy was the name of the game, and the New York Times documentary Framing Britney Spears makes this point abundantly clear when telling the story of the Free Britney movement.

What’s This About a Conservatorship?

Britney Spears is famous for a lot of things, but her public breakdown in 2007—you know, the one where she shaved her head and then smashed a paparazzo’s car with an umbrella—was one for the books. When asked why she did it, Spears explained she was sick of people touching her.

She was deemed unstable and ultimately placed under a 5150 hold at a psychiatric hospital. Her behavior was a little brash (and illegal if you count the car smashing), and yet in retrospect, it was actually pretty understandable. Spears had been overproduced from a young age, berated by the media for a decade, and continuously suffocated by the press.

Her mom and others close to the situation apparently thought she could have also been struggling with postpartum depression. But mental health wasn’t something people talked a lot about at the time, so she was filed as crazy.

Spears was put under a conservatorship soon after the breakdown, meaning a judge concluded she was unfit to care for herself and manage her own finances. Her dad, Jamie Spears, was appointed as her conservator, giving him full control of her affairs, including her estate.

What Is the Free Britney Movement?

Being under a conservatorship at age 39 is unusual, and being bad with money isn’t a crime. For these reasons—and the fact that Spears appears to be fully capable of working and caring for herself—onlookers suspected her dad was essentially holding her estate hostage. Fans began calling for her to be free from the legal binding, and the Free Britney movement was born.

Though the movement only recently garnered widespread attention, FreeBritney.net actually launched back in 2009. The site has made clear why fans believe Spears doesn’t need to be under a conservatorship.

The landing page states, “During the thirteen years of Spears’s conservatorship, she has repeatedly toured the world, released multiple albums, and worked on a variety of television shows … Britney Spears needs permission from her conservators to leave her house or spend any of her own money.”

The conservatorship was originally voluntary, but fans have questioned whether it’s in her best interest—especially now, as she appears to be stable. And the Times documentary suggests she was pressured into the agreement thinking it was the only way for her to continue seeing her kids of whom her ex-husband, Kevin Federline, had recently been granted sole custody.

It wasn’t always clear whether she was unhappy, as the nitty-gritty of the arrangement was tightly sealed for over a decade. But Spears filed court documents last year requesting some of the details be released to the public. Even more recently, she filed a petition requesting that her dad be immediately removed as her conservator.

How the Movement Gained Momentum

Initially, #FreeBritney was just like any other trending hashtag. Even when fans took to the streets to protest the conservatorship on her behalf, it wasn’t taken seriously. And it definitely wasn’t thought to be powerful enough to make any difference for her legal situation.

Public appearances are rare for Spears. And while she posts somewhat regularly on Instagram, fans believe she’s been muffled by her legal constraints. When a statement was released by her lawyer, fans felt that their concerns were finally validated. “[Britney] welcomes and appreciates the informed support of her many fans,” it read.

Another filing stated that Spears eventually wants the “power and authorization to pursue opportunities related to professional commitments and activities including but not limited to performing, recording, videos, tours, TV shows, and other similar activities.”

When the judge declined to remove her dad as the conservator, Spears’s attorney said, “She will not perform again if her father is in charge of her career.” Despite Jamie Spears’s objections, an investment firm was eventually named co-conservator of her financial estate.

The battle isn’t over, though. The judge said she’d consider future petitions to remove her dad from the agreement, and Spears’s attorney has stated they’ll continue to pursue it.

Reflecting in the Post-#metoo Era

Aside from shining light on the conservatorship, the documentary takes a long-overdue critical look at how the media represented women throughout the 90s and early aughts. Like other starlets of the time, Spears endured endless questioning about her sex life, body, and personal relationships while constantly being told what to do, what to say, and how to act.

Ultimately, Framing BritneySpears is a reckoning with how women are treated and judged by the public and how much credence we give to people’s very real mental health struggles. If it doesn’t end up freeing Britney, maybe it’ll help us all be a little more compassionate. I mean, hey, Justin Timberlake recently apologized for his contributing role in the public’s sexist perception of her. 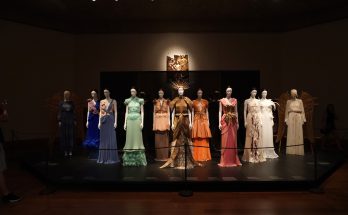 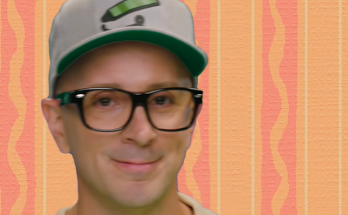 Did Reese Witherspoon betray women by selling her company?

Theresa Holland is a freelance writer and lifestyle blogger specializing in wellness, beauty, relationships, and personal finance. Her work has appeared on Verywell Health, The Spruce, TripSavvy, Elite Daily, Thought Catalog, and The Financial Diet. Theresa lives in Portland, Oregon with her husband and son.

View all posts by Theresa Holland →