One year ago, this March, we were all sent home. We worked from home, if we could. We got furloughed, or put on hiatus, or even laid off. Also, one year ago, in the mid-Atlantic area where I live, March was mild—even warm and balmy.

As a result of both these things, one year ago, everyone in my neighborhood used that time to beautify their outdoor spaces. There was not a deck in my hood that wasn’t power washed to the point of glowing, a swatch of dirt that wasn’t mulched into a gorgeous flowering masterpiece, or a patch of grass that wasn’t cultivated into something lush, green, and thriving.

Even I, of the clan “Blackthumb,” jumped on the bandwagon. I bought fancy pots, I seeded the bare spots, and I planted all sorts of things with the “we’ll see what blooms” attitude. Because why not? We had the time, the freedom, and the drive to make our outdoor spaces amazing.

So, now that we are a year in, everything will rebloom and our outsides are going to look astonishing. But seeing as we are still pretty much quarantined to our homes, it’s time to turn our attention to other parts of our homes.

Spring cleaning is not a new concept, but it’s one we may be focused on this year more than ever, since we mostly all still stuck at home, looking at nothing but our messes.

I’m a compulsive cleaner. I get yelled at ALL THE TIME for clearing dishes that people are still using or for “putting things away” where no one can find them (It’s called a closet. Open the door, jerks!).

My constant compulsion to clean up, put away, and purge is one of the reasons I wanted to go back to the office earlier than COVID allowed. It is incredibly hard to sit at my computer knowing the table that is two feet away still has breakfast dishes on it. I can’t concentrate. They are sitting there mocking me. Things will be so much better once they are just in the dishwasher.

But having said that, I fully believe if I wasn’t the way I was, we’d be in a lot of trouble.

My husband isn’t quite a hoarder… but he has a lot of trouble letting go of things. When we have a car that is beyond repair, I can’t wait to get a new one because having a car that doesn’t always reverse? Well, that kind of sucks. But my husband gets really upset and hates that we clearly need to replace it. He drove that car for 16 years. They had a relationship. Or something.

And I can’t fully blame him. He comes by it naturally. His parents are on the older side and remember the depression. They have a lot of trouble getting rid of anything that could still be vaguely useful or valuable. When they moved from a three-story home into a one-level house to accommodate their age and ability, they filled the spare room with boxes. It’s been filled with the same unopened boxes for four years. They still have not emptied or needed ONE box from that room. It is STILL full of unopened boxes. This? DRIVES. ME. CRAZY.

I haven’t watched any of the Marie Kondo shows. Or read her books. But I get the gist. And I have been entertaining my own version of her philosophy for years before she was a thing.

The whole “spark joy” philosophy she has? I get it. And for normal people, that makes sense. But when you have a sensitive family, who loves holding onto things because … I don’t know why… memories? Well… everything sparks joy to them. So, inevitably you get rid of nothing.

For example: I, personally, have no attachments to the 1,000 pieces of macaroni art and fingerpaints my 15-year-old made because she HAD to for preschool 14 years ago.

Maybe I’m a cold-hearted, insensitive meanie, because my husband still thinks each piece is a showcase of her early genius and foreshadows her inner-Picasso. But space is a luxury and I can tell you for a fact, my kid doesn’t care about her 14-year-old macaroni art and won’t be offended that I don’t, so I don’t.

It’s stuff like this where an intervention is necessary. I mean, a car that no longer goes into reverse is a death-trap, not a nostalgia spree.

TO BE FAIR… I hate throwing him under the bus because in some cases, his hoarding has made sense. He has been an adamant collector of Star Wars toys for decades. We literally moved out of our first house to accommodate his toy collection because I was pregnant and there was room for either a baby or his toy collection.

And in recent days, he’s done well selling a lot of this stuff on eBay, as well as other random collectibles he’s picked up over the years and held on to. So, I’m willing to make space in my heart and attic for that sort of thing.

The three DVD players we still have for no good reason? Spark no joy. Buh-bye.

Here’s my Kondo-cheat: Every few months, I sit my husband in front of last year’s episodes of the show “Hoarders.” And while he’s engrossed in that, I go through the house and put things in bins. Those bins get neatly stacked up in the basement and/or garage and/or attic.

I have a catalog of things in those bins. If we go six months without anyone asking/needing/missing ONE thing from any of the bins, the bins go directly to Goodwill.

If anyone asks for/needs/misses anything in those six months, I still have it and retrieve it for them. If they ask after I’ve donated something, I get a new version (which, in many cases, is probably necessary at this point anyway—see “car that won’t go into reverse” or “toaster oven that got recalled for causing electrical fires”).

Give my fake-Kondo trick to declutter and get organized a shot and let me know how it works for you. Happy spring! 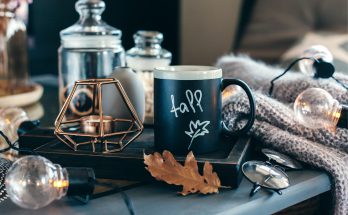 7 decorating tips that will help you reduce anxiety 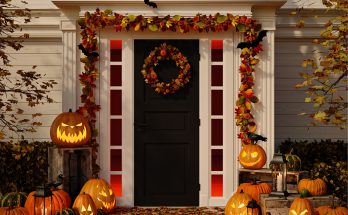 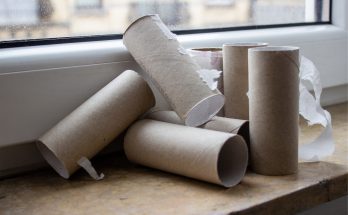 The magical powers only few possess… are you the one?