I used to hate podcasts.

Nobody around me understood why. They’d try to convince me to listen to them, but made the mistake of saying that “it’s like radio,” which dissuaded me even more. Here comes the clincher: I never liked radio. Not even as a kid. Not even as a teenager!

I was always out of step with popular music. I liked what I liked, but it sure wasn’t the music other people were listening to. I was in high school in the 80s, and unlike most people around me, I thought most of the music was terrible. And the one thing that was worse? The DJs.

Most people my age have fond memories of the DJs they grew up with, but I couldn’t stand any of them. (The DJs, not people my age.)  All that blathering. Terrible jokes, annoying personalities… the last thing I wanted to hear was these idiots who thought they were comic geniuses talking all day.

Plus, I couldn’t trust any random station to program music I’d want to listen to! While they were playing relentless 80s hits, I was discovering Motown and early rock & roll, courtesy of my big brother. I soon learned that mixtapes were a better bet than radio, and nobody talked in between songs.

Flash-forward to about a year ago, and everyone’s talking about podcasts, and it’s almost as if “Never Gonna Give You Up” and “Africa” are about to start playing again. NO! Don’t make me!

And then I saw on Twitter that Alan Alda was starting up a podcast. I grew up watching MASH reruns in endless rotation. I went to see his movies. I loved his memoir. And unlike the podcasts I’d seen that had running times of one and a half to two hours, his episodes were under 40 minutes.

Lucky for me, his first interview was with Sarah Silverman. Long-time fan, first-time caller! Sign me up.

I didn’t roll my eyes once, or sigh in exaggerated exasperation. I didn’t look to see how much more there was before I could say I tried it. And then I was SAD when it was over. So, I wondered… could there be OTHER podcasts out there I might enjoy? I was shocked to discover there were, and even more shocked that I didn’t mind when most of them ran anywhere from one to two hours.

I’m a writer, but I confess I’m not interested in serialized narrative podcasts. As a kid, I never liked being read to—also not an audiobook fan—so I looked to see what interesting people *cough* celebrities *cough* might be out there podcasting. There were plenty.

Here are some of the podcasts I now ADORE and listen to regularly, in case you might also enjoy them. We all need distractions right now, don’t we?

Yes, I was interested because of Parenthood, a TV show I see as a personal gift created especially for me. But he has so many amazing people on and I love the conversations they have.

I’ve always liked Andy. I worked with him before he was on Conan and he was the nicest guy. He asks his guests three questions: Where do you come from, where are you going, and what have you learned? He’s so down to earth… he’s a funny guy but he’s not trying to prove anything, he’s just talking to people. I could NOT stop laughing when he had Michael McKean singing the first commercial jingle he sold.

My kids and I love The Office, and these two best pals (who played Angela and Pam) are going through the entire show, episode by episode. It’s pretty girly, but it’s fun.

Interviews with writers of movies, books, comics, TV, and other people in those industries. Inspirational.

More great writer interviews, with supplementary material on the web page for afterwards, like scripts!

The Well with Anson Mount and Branan Edgens

Sure, I got interested because Anson played Captain Pike on Star Trek: Discovery and has the smoothest, loveliest voice a person could ask for, but these two guys are smart and funny, touch on a wide variety of topics, and had me almost peeing my pants in part three of their interview with Doug Jones, which turned into an insanely hilarious David Lee Roth story.

This one comes from TrekMovie, a site I wrote for. Kayla, Matt, Jared, and Brian talk Trek, whether it’s a topic they’ve chosen, or a review of a recent new episode of one of the shows. I’ve been on it a bunch, too. I love these guys.

I don’t love all the chit-chat before and after; I usually just skip it. And I do think Conan tries a little too hard to be the funny guy sometimes. But he has some great guests, and he IS funny.

Treksperts talking Trek with Trek people. Did I mention I like Star Trek?

I don’t listen to these regularly, but they have individual episodes that have entertained me thoroughly.

It Happened in Hollywood – I don’t love the style of this one; they interview someone and then edit the podcast like a magazine article, where the interview excerpts are woven in with the hosts talking. But their interview with Betty Thomas (former Hill Street Blues actress who directed Private Parts and The Brady Bunch Movie) is fantastic.

Here’s the Thing with Alec Baldwin

His interview with Spike Lee was great, but if you want something surreal and strange, check out the episode with Barbra Streisand, recorded at her house. She keeps offering him soup.

Hollywood CaucusJonathan Del Arco (Hugh on Star Trek: The Next Generation and Star Trek: Picard) interviews… well… other people from Star Trek. Really loved the one with Michelle Hurd.

Netflix Recommendations Tailored to Your Taste

Bridgerton: the Obsession is Justified 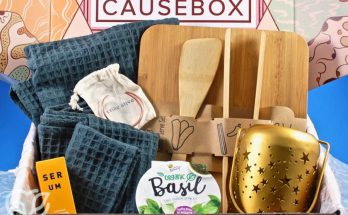