Not once in my life have I considered myself an athlete.

In high school I played volleyball merely for the social aspect of participating in an extracurricular activity with friends. In college I joined intramurals upon the invitation of a cute boy (who later became my husband!).

A couple of times, I’ve joined a gym: Once, in an attempt to tone my arms before my wedding and a few years later to try out a prenatal yoga class. Neither exercise routine lasted long. I just didn’t care enough.

But a few years ago, with a budding career and a growing family, I caught the running bug. It was a season where I thought I had no space in my schedule, and yet, a time where I knew I desperately needed something that was all my own.

As I slowly started jogging, guided by a simple Couch to 5K style app, it became apparent that my motivation was less about the benefits of working out – although those are always a great perk – and more about the mental clarity exercise brings. I needed a break – a breather from work and kids and household responsibilities. I needed to be alone – to think, pray, and listen to an inspirational podcast or upbeat music.

I set my app to guide my runs three times a week. That’s about all I could carve out. Three 30 minutes sessions, just an hour and a half a week. I invested nothing more than those 90 minutes. No new shoes, no chic running outfits. I just needed to start. I decided that if I stuck with it, then I’d consider some upgrades and gadgets.

The beginning was hard. Very hard. It took so much prep work to get out the door for those 30 minutes, and I was exhausted after. But within ten weeks I started thinking of myself as a runner. After all, by then I was consistently running three times a week and officially didn’t have to take walking breaks during my guided workouts. Who knew a non-athlete could run for 30 minutes straight after just two-ish months of practice?

Granted, my runs were slow. But speed wasn’t my goal. Finishing was. Feeling good was. Seeing through a commitment was.

I decided to register for a 5K race. It seemed like just the right event to commemorate my new wellness routine. On race day, with nerves a plenty, I donned my 5K tee, stretched, and took off at a steady pace. And I finished strong. My husband said I even looked like a runner as he cheered me through the finish line and hugged my sweaty self, complete with a limp ponytail.

That was the beginning. The endorphin high I needed to stay the course.

I continued with my three times a week runs, on occasion adding a fourth. My app continued to push me – increasing my speed and distance. I registered for another 5K. And finally got fitted for some real running shoes. I began to explore running destinations outside of my neighborhood and sometimes met up with friends to run together. As the weather turned, I bought a secondhand treadmill so rain would never cause me to skip a run. Running was becoming my thing. Part of my identity.

Another completed 5K turned into a 10K goal. I ran that particular race on my birthday because this new found love of running felt like a true gift. Then I started to dream big – a half marathon.

I trained hard for months. Crying one day when I missed a turn and accidentally ran an extra three miles. Another day our schedule was so full I didn’t complete my day’s run until 10pm thanks to my faithful treadmill tucked in the corner of the garage. Despite the hiccups, week by week I found myself owning the process.

Race day finally came and I paced ahead of my goal. My family waited at the finish line and as I picked up speed to cross the line I heard my youngest yell, “That’s my mom! She’s winning!!!”

And he was right. I was winning. Not the actual race by any means, but certainly winning at life.

Running has changed me. It took an over scheduled, busy mom and taught me to honor the time and space I need to fuel my body, mind, and soul. It gave me tangible goals, new benchmarks, and opportunities to both fail and succeed. Running prompted a routine with cascading health effects – more water, better food choices, and improved sleep. It taught my kids that I’m more than just a mom; that we were all going to sacrifice a little to help me grow in this new endeavor. It taught my husband that he deserves the same – time and space to honor his passions and needs outside of his role of husband and father.

For you, it might not be running. Maybe it’s learning a new language or picking up an instrument you’ve always loved. Perhaps it’s sitting down and finishing a book or starting your day with a quiet walk. The point is – find something outside of your work and family, something that will cause you to stretch and grow, and do it. Do it until it becomes so much a part of you that others think of you when they think of that activity.

For me, it’s running. I’m a runner. I’m an athlete. To this day I’m still so proud of what I’ve accomplished. Turns out, you can teach an old dog new tricks! 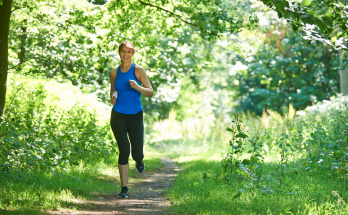 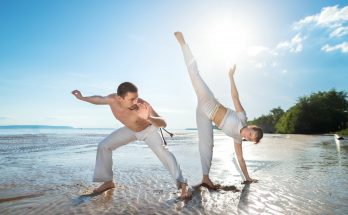 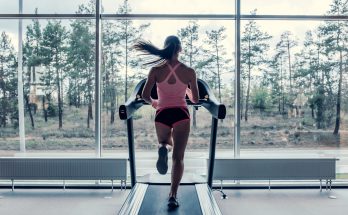 Gretchen Bossio is a homeschooling mom of four from the Pacific Northwest. Writing has always been one of her favorite pastimes so she takes great joy in moonlighting as a freelance writer covering topics such as parenting, wellness, education, fashion, and travel.

View all posts by Gretchen Bossio →