I’d like to preface this article by saying that everything I have written below is based on my personal experience as a queer person and my interactions with others in the queer community. I am drawing on only my knowledge and am not attempting to speak for the countless LGBTQIA+ people that have their own stories and opinions. I have included information that my parents have found helpful, hoping that others will appreciate it as well.

A Gallup study released earlier this year showed that of those polled 1 in 6 adults in Gen Z identify as LGBTQIA+. As the number of people who exist somewhere on the gender and sexuality spectrum increases, you will likely come into contact with more and more people who are members of the community. As a result, it’s important to remain informed about how you can be courteous to queer people whether they are in your life as a colleague, friend, or child.

The acronym for the queer community has changed lots of times in the past decade and many letters have been added since its original form, LGB. While it is not listed as such in most places, the acronym I am most familiar with is LGBTQIA+. I thought it may be useful to point out the meaning of each of the letters.

The term lesbian refers to someone who identifies as a woman and is attracted to people who identify as women. Many also use the term sapphic to describe women who love women, a word that encompasses a wide range of people who can identify as lesbian, queer, bisexual, or pansexual.

Gay is often used as an umbrella term for those that are in the LGBTQIA+ community similar to how the word queer is used and how the acronym functions.

Some bisexuals (including myself) use this word interchangeably with pansexual. While the label was first used to define someone who was attracted to both males and females, as our collective understanding of gender fluidity has changed, many see the term as meaning someone who is attracted to more than one gender. The label pansexual emphasizes the lack of importance gender plays in who someone is attracted to but as I said many bisexuals are attracted to everyone on the gender spectrum.

Transgender is an identity often used by people who do not align with the gender they were born with. Being transgender and being non-binary are two separate things. While someone can be transgender and non-binary that is not always the case. (More information about non-binary people can be found at the end with the other resources.)

I have seen the Q stand for both queer and questioning. Queer is used to express someone who identifies as not heterosexual and/or cisgender. Questioning is used to signify that someone may not know where their sexual and/or gender may exist on the spectrum.

It’s important to recognize that people who are intersex are members of the community. Planned Parenthood defines someone who is intersex as a person who is born “with reproductive or sexual anatomy that doesn’t fit the boxes of “female” or “male”.

The Trevor Project states that people who are asexual “may have little interest in having sex, even though most desire emotionally intimate relationships” they also remind us that the word is an umbrella term. Some also use the A for ally but I haven’t seen this usage often and when it is used like this it is normally done so in spaces where queer people do not make up the majority.

The plus is used to symbolize that there are many more identities within the community not included in the acronym.

For some strange reason, pronouns seem to be what a lot of people get the most worked up about. While in most introductions you list off your name, where you’re from, and maybe what you do for work, pronouns are often ignored unless you are already in a space with lots of other queer people.

Introducing yourself with your pronouns is a super-easy way to be inclusive and courteous. I didn’t start doing this until I went to college and now, I have no idea why I wasn’t doing it before. When you meet someone new you don’t skip over telling them your name so why would you not mention your pronouns?

Saying “Hello, my name is Grace, and my pronouns are she/her/hers” adds maybe five seconds to an introduction and makes it so the other person then feels comfortable to divulge their identifiers if they so choose. Including them in your profile or on an email is an even easier way to normalize using pronouns and it only takes the few moments required to add it to your bio or sign off.

While the majority of people may introduce themselves with she/her, he/him, or they/them, some may feel comfortable using other or multiple pronouns. If a person likes to use she/they or they/he they are likely signifying to you that they can be addressed by both.

Pronouns are not as confusing as some make them out to be. Just as you remember someone’s name it’s not hard to remember someone’s pronouns and once you get in the habit of introducing yourself with your own pronouns it doesn’t feel strange to address.

If you ever misgender or mess up someone’s pronouns while it’s okay to say sorry don’t be overly apologetic and turn it into a big deal. Acknowledge your mistake and move on. Bringing up your error repeatedly can just be awkward and uncomfortable.

This is more advice than information but if you think your child may be a member of the LGBTQIA+ community but they haven’t come out the best thing you can do is give them space to figure themselves out. While some kids know who they are at an early age it takes time for others. It’s important that you are patient while they learn more about who they are.

If your kid does come out or ask you to call them by different pronouns, it’s important to accept them and their journey. Questioning them or doubting how they label themselves can be harmful and make them defensive. If your kid is coming out, they have likely thought a lot about the way they identify and don’t need to prove their emotions to you. It’s okay to be curious and want to understand them but make sure you don’t invalidate their sexual or gender identity.

Providing your loved ones with a safe environment where they can discover who they are is crucial. If they say they are questioning their sexual and gender identity, realize it’s okay for them to not know and give them the time they need.

As I said before I am not an expert on all the topics I addressed, so I have included a few resources if you’re looking for more information or clarification.

Queer: A Graphic History (a short book recommended to me by a friend) 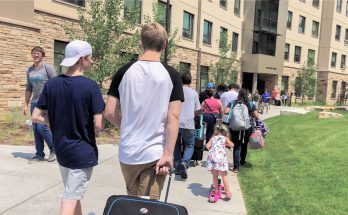 Must-Haves for Your Teen’s Freshman Year of College 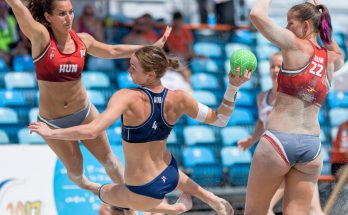 Can we stop with the nonsense about what female athletes wear?

The Olympics may have everyone focused on sports right now, but there is another issue that is popping up from all directions in the female sports world: the uniforms. You …

Five movies that turn 21 this year and are worth rewatching

Let’s talk about Sex/Life, baby (or maybe stop talking about it)

Gen X summer: then vs. now

How to Stop Comparing Yourself to Others