I’ve had it being ghosted.

I’m not talking about dating or friendships, I’m talking about job interviews. And it happens whether it’s a freelance job or a staff position, that the way I find out I didn’t get the gig is because the conversation simply ends. No “thanks but no thanks,” no “not a good fit,” just a whole lot of very lonely silence. It happens so often now that I’ve stopped considering it to be an aberration. Far too many of my friends and former colleagues agree that this is now officially normal. Silence is the new no.

And I’m not talking about entry level jobs or first-level outreach. I’m talking about meeting people face-to-face (in the before-times), talking with them and connecting with them on the phone or via Zoom, being told a specific date when I’ll hear back, and then being treated as if I never existed. Here are a few examples:

A while back, I was up for a high-level job at a TV network. I interviewed with someone in HR, then moved on to two different department heads as well as a more senior HR person. It went well, and everyone was very encouraging. And they were the ones who had reached out to me in the first place. I hadn’t even known the job was available. Initially I didn’t think I had much of a shot, but after learning more about the job and having been told how well my experience fit, I had reason to feel optimistic.

I spent the better part of a day there, talked to a lot of people, got a nice tour, and never heard from them again, even after several follow-ups. Back then I thought it was unusual. Ha!

Even with Updates and Encouragement

This one hit a lot harder. My #1 favorite thing to write about is TV, and I saw an ad for my dream job, a staff position writing about TV for a publication that I’d been reading since I was a kid. A friend of a friend worked there, and she graciously agreed to look over my letter & resume before I sent it in. I made the changes she suggested and boom! I scored an interview.

It was Christmastime, and when I got there for the interview (yes, pre-Covid), the whole place was festive and pretty. I was energized by the location of the place. It was next door to  Rockefeller Plaza in NYC and I could see the famous skating rink from the office windows. Magical!

I had a great interview. The person I spoke with spent more time with me than he’d said he had available and told me he’d make a decision on the Friday before the holidays. When I emailed him a thank you the next day, he sent a cheerful reply. In the meantime, the friend-of-a-friend reported back that he’d really liked me and was impressed by the breadth of my TV interests and knowledge. Hooray!

That Friday, he sent me a nice email explaining that they were postponing the decision until after the holidays, and he’d get back to me then. A few days after the promised date, I wrote a brief, friendly email. Nothing. A week after that, another. Nothing. A few weeks after that, I wrote one more time to say that obviously they’d gone with someone else, but did they ever hire freelancers? I told him I’d love to write for them in any capacity. Crickets.

Just a few months ago, I was contacted through a Facebook writers’ group about a steady gig writing for a site that was undergoing a revamp. They asked for some samples. I sent them, along with links, to my portfolio. I wasn’t sure if I was the right fit, but the person I was talking with read my work and said I was just what they were looking for.

We talked about rates, and found a place of agreement. She then explained that they paid through Upwork, which is a freelancer marketplace. I asked if there was another way to do it, she said she’d look into it, and I offered up an alternative: Since Upwork takes a cut of your earnings, I said that if I were to get paid that way, we could just up my rate so that their cut didn’t interfere with me earning my regular rate. She agreed that made sense, and said she’d investigate both options.

Surprise! That was the end of that. I reached out again. Nothing.

Is This the New Normal?

In an era when it’s almost effortless to send a confrontation-free rejection, why am I still getting ghosted? It just happened again a few weeks ago. I applied for a freelance job, got a call, had an interview that went well. The interviewer said my experience was a great fit, promised a decision within the week, told me to email him if I didn’t hear back a few days after that. I heard nothing, so I emailed him.

Do people not understand what it’s like to look for work? It’s one thing to tailor your resume and write a cover letter, I don’t expect a return on that investment. But once I’ve connected with someone and talked to them, I don’t think it’s presumptuous to expect at least a response either way, especially after it’s been specifically promised. Yes, I know it’s no fun writing those emails, but it also takes about thirty seconds and it’s just common decency. It’s also almost effortless, especially if you create a template for yourself and just pop the person’s name in.

I’ve hired plenty of people in my time, so I’ve been on both sides of this fence. I can promise you this: A rejection is still a hell of a lot better than the Great Void of Silence. Being told “thanks but no thanks” is infinitely better than being treated as disposable, I promise you. Take heed, hirers, and try to remember that the person on the other end of your phone or video conference is a human being… like you. 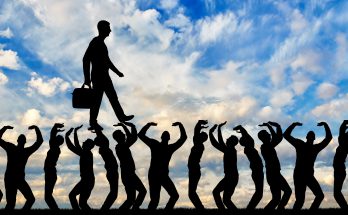